Welcome to the Cape Fear Coast and the famed Eastern Islands

Off the beaten path, much has changed over the years due to Mother Nature and development, but little has affected the true treasures of the Cape Fear Coast. Hurricanes of the late 90's joined Carolina Beach with Bald Head Island forming one big, eastern island, which also includes the town of Kure Beach. We are located 20 miles south of Wilmington on the furthermost tip of Cape Fear where the Cape Fear River opens to the Atlantic. 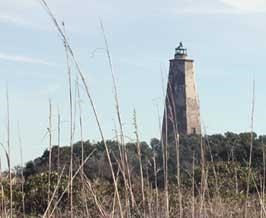 Long since gone are the days of "The Boardwalk", yielding to the modern family travelers who are looking for seclusion, history, and adventure.

Harbored on this one unique island you will find several wildlife refuges including the National Estuarine Research Reserve Zeke's Island Component, an eight thousand acre pristine saltwater marsh. This area is a natural marine environment, home to countless species of coastal birds, incredible wildlife, and an abundant fishery. One can spend days, months, or years exploring this marsh and find something new with every visit.

Located on the northern boundary of the National Estuarine Research Reserve is the newly renovated North Carolina Aquarium with its own unique exhibits. The Aquarium recently reopened after a two-year renovation to house the most comprehensive displays of the North Carolina Coast's marine life. Whether you fancy the ancient history of sharks, the grace of whales, or Mother Nature's evolution from the Piedmont to the coast, it is all explained within the walls and fish tanks of the aquarium.

You don't have to go far, about a half mile, to find Fort Fisher, where a pivotal battle hastened the end of the Civil War. The men of Fort Fisher fought to keep the Seaport of Wilmington open to the blockade-runners delivering vital supplies to the inland southern armies. The strength of the earthworks of Fort Fisher kept Wilmington's port open until it was the last of the Confederate forts to be conquered in a massive amphibious assault by the Federal Army in the winter of 1865. Although Mother Nature has claimed more of the Fort than the Federals, the grounds and earthworks are open to the public and provide breathtaking panoramas of the Cape Fear River estuary. A museum is nestled within the maritime forest, rich with displays and artifacts detailing the daily routines of a typical Confederate soldier. Several times a year you can bear witness to the battle through excellent re-enactments. 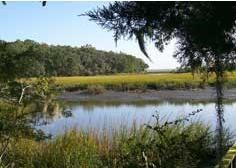 Further up the road, about 5 miles, on the northwestern banks of the island, is Carolina Beach State Park. This is probably the most beautiful yet underused park within the State's system. Deep along the trails in this park you can find the exotic Venus flytrap. A hike out to Sugarloaf will pass through the trenches General Bragg's soldiers dug to hold back the Federals. Once you climb to the top of Sugarloaf you will be treated to a view of the Cape Fear River where one can imagine the ships of the 1800's making way upriver to Wilmington. Pack a picnic for this hike and the day will melt into a gorgeous afternoon sun. The park has beautiful campsites imbedded within the water oaks and tall pines, a newly built visitors center, and great marina facilities providing access to the Cape Fear.

Of course, the Atlantic Ocean and our beaches are the island's largest natural resource. The beach from Carolina Beach Inlet south to the tip of Bald Head stretches out about 17 miles of continuous sand.

The beaches within the Carolina and Kure Beach town limits have beach access, parking, bathrooms, and lifeguards from Memorial Day to Labor Day. This is a great area for fun and safe family recreation. The afternoon sea breezes and sandy beaches make an ideal launching pad to fly kites. There are three wonderful piers reaching out into the ocean along this stretch of beach giving every fisherman, young and old, all they need to wet a hook and tease the fish.

The northern 1-1/2 miles of the island and south of the Aquarium to the Bald Head fence are undeveloped and are accessible by 4-wheel drive. A note of caution; these areas are a fragile dune and nesting area. They should be treated with respect.

The North Carolina coast offers the most diverse fishery found anywhere. Inshore you'll find red drum, speckled trout and Cape Fear "doormat" flounder. Just off the beaches the bottom fishermen are bringing in Grouper, Snapper, and Amber Jack. Offshore, the menu offers King Mackerel, Dolphin, and Tuna as well as the big game favorites of Wahoo, Sail Fish, and Marlin. Charter boats and fishing guides of every nature can be found in Carolina Beach; pick your prized targets. It is not uncommon for a weary angler to take his catch to a local restaurant and have the cook prepare a feast. 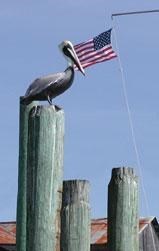 Stories and legends can be found everywhere on the island, probably the most famous is the Fort Fisher Hermit. A.K.A. Robert E. Harrill, "The Hermit", moved into an abandoned World War II bunker south of Fort Fisher in 1955, there he became something of a tourist attraction and started his School of Common Sense. He would spend hours on a remote beach near his bunker lecturing anyone who would listen on what basically amounts to a code of ethics and respect. He developed a great appreciation, understanding, and love of the marine environment, which usually dominated his conversation. People would bring food, clothing and money in exchange for "the Hermit's" tales and lectures on common sense. He loved and lived this life until 1972. There are many stories about the hermit and every islander can tell you something different about him.

A popular day trip utilizes the NC State Ferry from Fort Fisher to Southport. Southport, founded in 1792, is an old seaport with its main streets running along the waterfront. Laid back, Southport not only rich in history, has a Maritime Museum, antique shops, restaurants, and galleries all found in a leisurely stroll underneath the magnificent old oaks along the waterfront.

One of nature's many blessings is our climate. Locals truly enjoy the best kept secret of spring and fall. Those are the most awesome days weather wise, daytime temperatures are around 80 degrees with little humidity. The ocean stays swimmable through October. The early spring days are ideal for outdoor explorations and the fall is probably the most productive time to fish. Even in January we normally expect to see daytime temperatures reaching the 60's.

The Island has many wonderful restaurants and inns to choose from, none of which are the large "corporate" types. Once you have arrived, forget where you're from, and enjoy the treasures of the Cape Fear Coast.

© Copyright 2020. All Rights Reserved.
Website and hosting by BlueTone Media